The feature film “Det Andet Liv”/”In Real Life” which was a return to form for acclaimed Danish director Jonas Elmer.  While the film did feature somewhat household names from other types of media none were movie stars. For this reason we had to market the film in an untraditional way. It had to become about its theme rather than what was on the surface.

The film was only given a strictly limited theatrical release. The reason being that the Danish Film Institute wanted to use the film to test the effects of a shortened window between theatrical screenings and Video On Demand rental release. The latter was therefore where the film would be making its money and the former would serve as a kind of promotion more than anything else. The campaign would have to preserve momentum for a longer amount of time than usual.

A strategy of inclusion

I setup social media platforms aimed at cultivating a long term and reciprocal, loyalty based, relationship between the filmmaker and his audience. The thinking behind this strategy was that it would future proof the artist’s brand and the production company’s finances across an entire career and not just project to project. The practical approach we took, in order to engage audience members on this deeper level, was to give away access to talent and specially produced content. Conversely we weren’t afraid to ask for help in various forms. Whether it was to share a new video clip at a specific time (to achieve a thunderclap effect) or to enable them to become co-creators.

The above example is from the film’s opening credits. I crowdsourced videos of Elmer fans chatting at their computers in order to illustrate the film’s sub-theme about how new technology enables us to make human connections in new ways. We received over 300 video submissions. These participants were understandably now even more eager to see the film knowing they themselves were in it, if even for a few seconds.

I was in charge of putting together a members only website for the film, where those that signed up with their email addresses, gained access to constantly updates content such as the filmmakers blog, live video streams with the cast and crew and since the film talked about online dating, audiences could even win a date with the cast member of their choice (arranged in a strategic partnership with a Danish dating website). The website attracted over 2.000 members from Denmark alone who collective made for a very effective marketing street team. 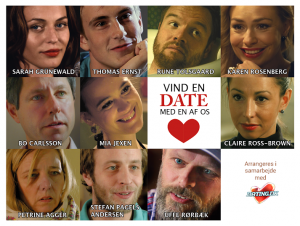 One semi-sneaky thing we thought up, was to give each website member a “Det Andet Liv” coffee mug, if they showed up to one of our live events and to use that same opportunity to take a selfie with them and the director. This meant that when such a selfie was posted to our Facebook page, the fan was usually tagged fairly quickly meaning that person’s network would see the post and might become interested in the film.

As a thank you for their assistance the most active fans were invited to an exclusive gala pre-screening party at Copenhagen’s historic Radio House. This was again a chance to actually meet the stars and filmmakers, yet another part of ensuring that the alliances forged would last beyond this one movie. 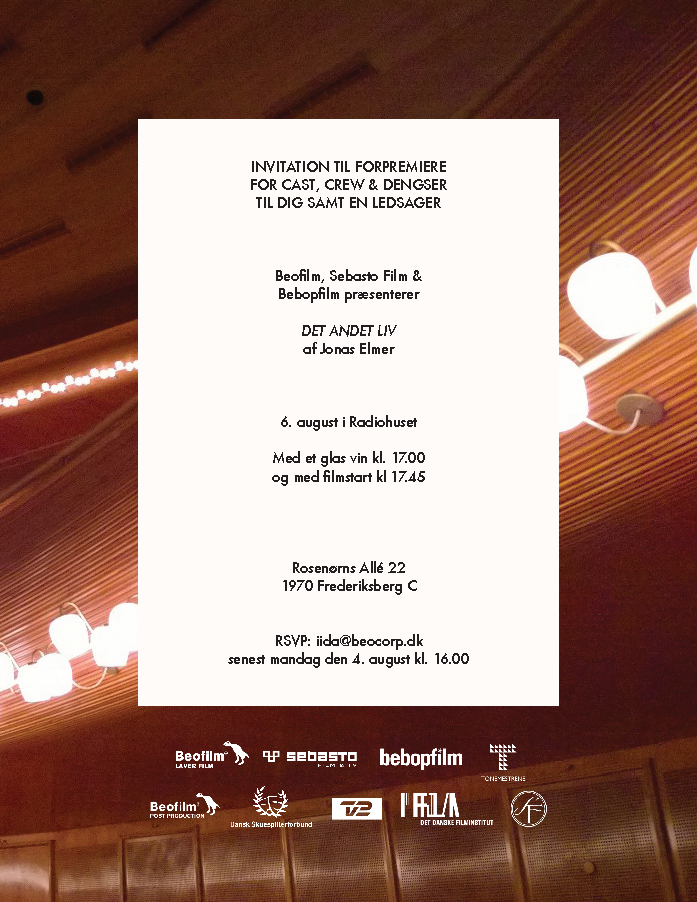